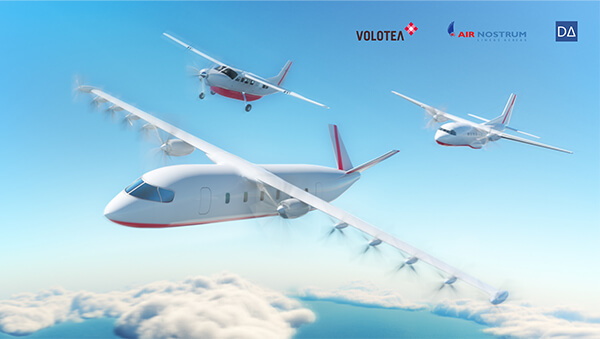 The 100% electric aircraft project led by Volotea, Air Nostrum and Dante Aeronautical will mean an important step towards a future with emission-free aviation. This aircraft will play a crucial role in establishing zero-emission regional air transport, enabling connections to be made between small population centres, thanks to its reduced operating costs compared to much larger aircraft.

Initial plans and images of what will be the first prototype of a 100% electric aircraft show that more sustainable aircraft are getting closer to becoming a reality. In fact, the consortium expects this initial prototype to be certified for flight in three years time, representing a major milestone for the aviation industry.

“We started our collaboration with Dante Aeronautical back in 2019 and are very proud to see how the project has grown and gained momentum with the support of new partners, including several Spanish technology companies. The development of an electric aircraft using hydrogen battery technology will reduce carbon emissions. It makes complete sense for Volotea to support this project since it’s completely in line with our goal of connecting underserviced cities and doing so in ways that are more sustainable,” stated Carlos Muñoz, Volotea’s founder and CEO.

Carlos Bertomeu, Air Nostrum’s CEO, emphasised that the Valencian airline is experienced in working with SMEs and institutions. “The benefits of Air Nostrum’s collaborations with technology start-ups and universities to improve efficiency and passenger services are proven,” he stated. “As a leading regional airline, Air Nostrum clearly had much to contribute to this exciting project, especially in regards to sustainability, which is something that we have been working on for many years,” he concluded.

Miguel Madinabeitia, Dante Aeronautical’s co-founder, highlighted the agreement reached: “For Dante Aeronautical, expanding the consortium to include other innovative technology companies can only strengthen our plan to develop a 100% electric aircraft, which will revolutionise current thinking and move us towards cleaner and more sustainable transportation”. “This project also sits perfectly with our efforts in other parts of the world, such as our initiative in Australia to electrify hydroplanes,” stated Madinabeitia. 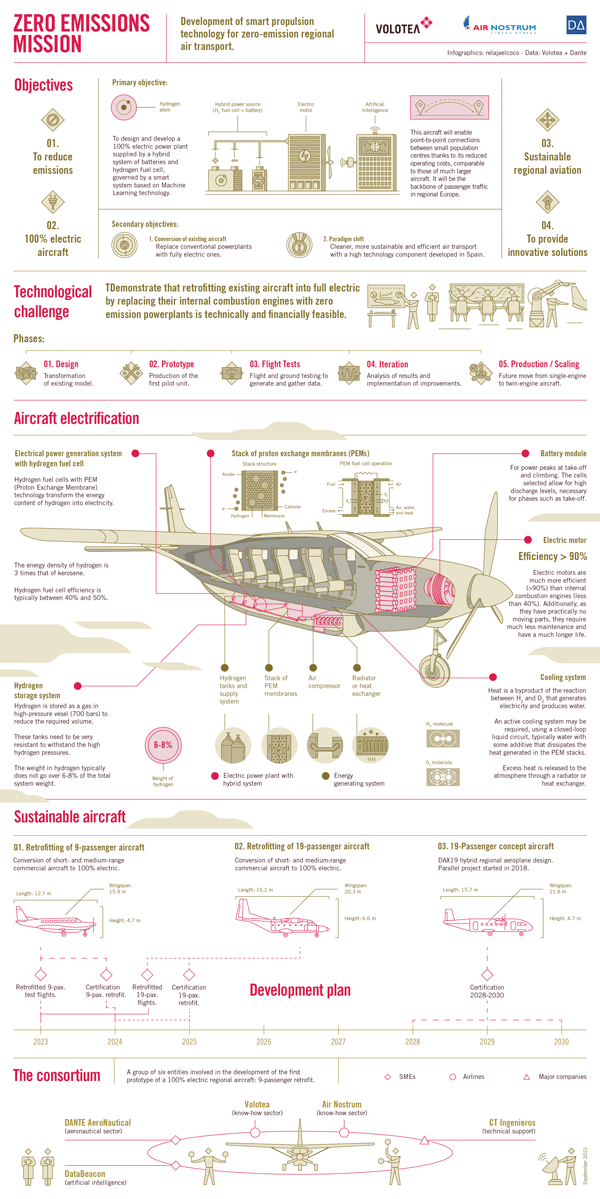