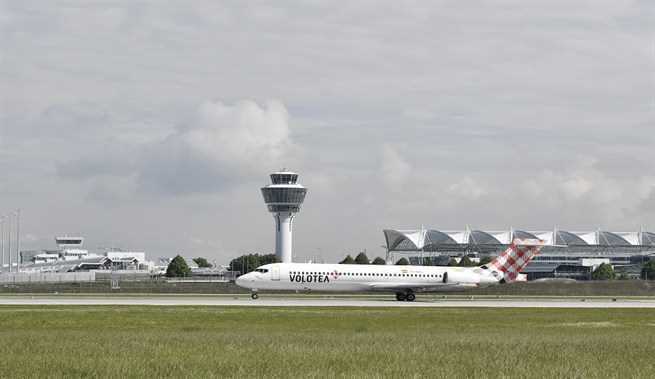 May, 13th 2019 – Volotea, the airline of mid and small‐sized European cities, celebrates its first year of operations in its base in Athens. To celebrate this event, two new routes to Dubrovnik and Rhodes have started operations. Volotea offers in 2019 three new destinations and more than 520,000 seats.

Since the launch of the base in May 2018, Volotea has carried 360,000 passengers in Athens, up by 250% in comparison to 103,000 passengers in the previous twelve-month period. This year Volotea has reinforced its offer adding new destinations, increasing its capacity and has created local employments that are to be increased with a second Boeing 717 being based in Athens airport. In 2019, Volotea operates more than 4,200 flights and offers more than 520,000 seats, representing a 51% increase.

With the new routes being launched these days, Volotea will serve from Athens a total line-up of ten destinations: four domestic routes (Santorini, Mykonos, Heraklion and Rhodes), four destinations in Italy (Venice, Bari, Genoa and Verona), one to Croatia (Dubrovnik) and another one to France (Strasbourg) to be served from June onwards.

The new routes recently opened are operating as follows:

"The first year of our base in Athens has been spectacular in every way. It has been the most successful base opening in the seven years of Volotea. Our commercial proposal has been greeted so we are increasing our proposal with more flights and additional destinations. The Greek market has a great potential and we are happy to collaborate to the growth of Athens airport as well as supporting the local economy by creating direct local jobs and reducing seasonality by extending our flights through winter months always offering very competitive prices” said Carlos Muñoz, Founder and CEO of Volotea.

«Volotea’s strategic decision, as of last May, to continue growing in Athens by launching a base at our airport contributed to the enhancement of the passengers’ travelling options, in both the domestic and international sectors, and, at the same time, significantly enhanced our city’s connectivity. We are very pleased with the airline’s very positive performance in the first year of the operation of its base, and we continue to support our airline partner, aiming at its further expansion and development to/ from our airport”, stressed Ioanna Papadopoulou, Director, Communications & Marketing, Athens International Airport.

Volotea, the airline of European mid and small-sized cities, has carried more than 22 million passengers since its first flight in 2012 and more than 6.5 million in 2018.

Volotea has currently twelve bases: Venice, Nantes, Bordeaux, Palermo, Strasbourg, Asturias, Verona, Toulouse, Genoa, Bilbao, Marseille and Athens. These last three have been inaugurated in 2018. Volotea will inaugurate a new base in Cagliari in 2019.

Volotea employs more than 1,200 people capitalizing in its activity growth, including 200 new positions created in 2019.

In 2019, Volotea operates its network with 36 aircraft, Boeing 717s and Airbus A319s. Both models are recognized for their comfort and reliability, with Volotea offering reclining seats which are 5% wider than the average in airlines.

Volotea, the airline of European mid and small-sized cities, offers direct flights at very competitive prices. Since its creation in April 2012, Volotea has carried more than 22 million passengers across Europe and 6.57 million in 2018.