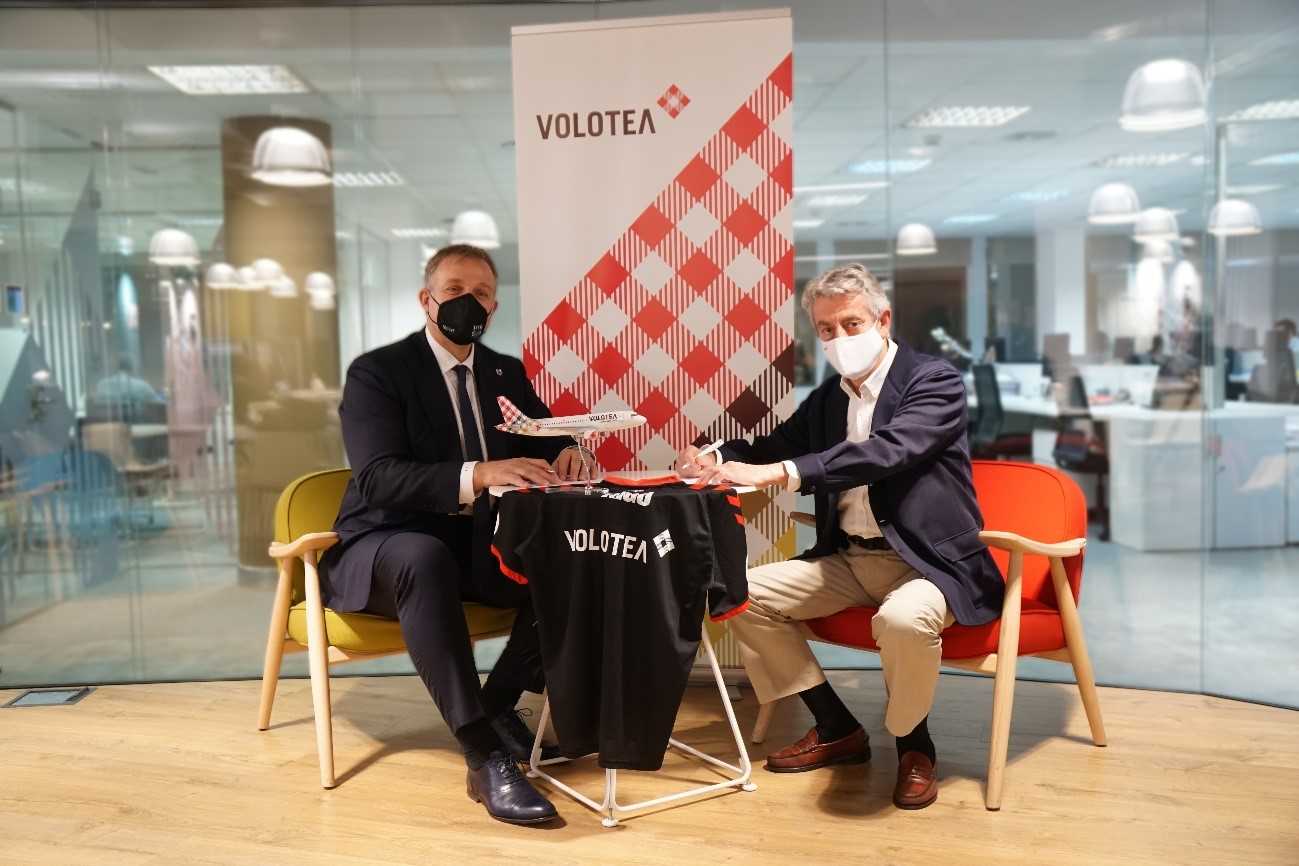 Volotea will continue to sponsor Bilbao Basket this season

Bilbao, 19th November 2020 – Volotea, the airline of Europe’s medium and small cities, will sponsor RETAbet Bilbao Basket for another year.

In Barcelona, Lázaro Ros, Volotea’s Director General, and Predrag Savovic Jovanovic, Director General of the basketball team RETAbet Bilbao Basket, signed the partnership contract renewal between the two organisations, which will continue for the 2020/2021 season.

“We are proud to continue supporting sport in the Basque Country, and a team that is as strongly representative of Bilbao and the whole of Biscay as Bilbao Basket, for a third year. We will support and help the team in its two top professional competitions, Liga ACB and the Basketball Champions League,” announced Lázaro Ros, Director General of Volotea.

“We are delighted to continue working with a highly regarded, Bilbao-based airline like Volotea:an airline that is fully committed to our city and to our sport. Let's hope that Volotea gives us the wings we need in the key moments of the season,” stated Predrag Savovic, Director General of RETAbet Bilbao Basket.

In Bilbao, Volotea has also supported the Bizkaiko Gurutze Gorria Red Cross Committee’s Responde project against coronavirus. Volotea donated 10,231 euros to the organisation in Biscay. The airline carried out a fundraising campaign in June this year, raising in excess of 40,000 euros, which were donated to Red Cross branches in France, Italy, Spain and Greece. In the Basque Country, the money raised will go to Responde, the Red Cross coronavirus project. This project was launched in the first phase of the pandemic and has as its main objective the provision of essential food distribution programmes, support for health workers and awareness raising initiatives.

Volotea's services for the period between 4th December 2020 and 11th January 2021 have gone on sale. From 4th December, Volotea will connect Bilbao with Granada, operating two flights a week, and will increase route capacity for the period by 26%, compared with 2019. In total, Volotea will offer over 22 thousand seats from Bilbao, connecting Biscay with Alicante, Granada, Malaga, Palermo, Palma de Mallorca, Porto, Seville, Valencia and Venice.

For 2020, Volotea is adding six aircraft Airbus 319s and 62 new routes to offer a line-up of 354 short-haul city-pairs among 96 medium and small-sized airports in 15 countries at very competitive prices.

Volotea’s Hamburg base has been opened to operate Airbus’ shuttle service, recently awarded. Base in Napoli has been launched in July 2020.