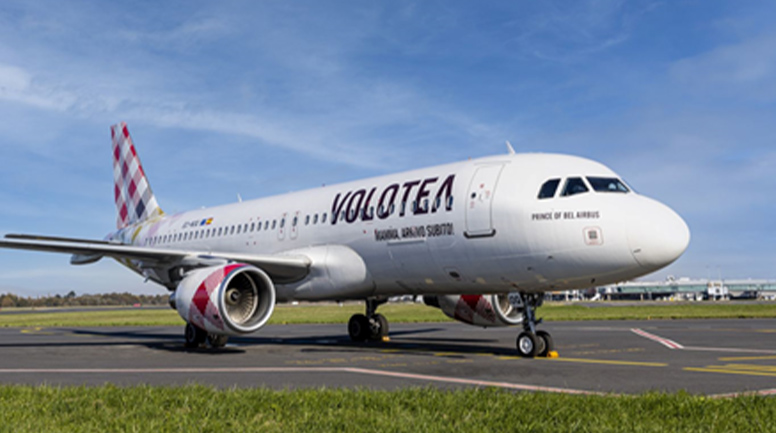 VOLOTEA ANNOUNCES A NEW ROUTE FROM ATHENS TO TURIN

The flights between the Greek capital and Turin will start on May 27th with 2 weekly frequencies.

This new route adds up to the other 3 connections that the airline has already announced this year to Bilbao, Bordeaux and Nantes.

Athens, March 2nd, 2022 - Volotea, the airline that connects medium-sized cities and European capitals, is warming up for the summer and announces another new international connection between Athens and the Italian city of Turin. This new route will be operated from May 27th with two flights per week and an offer of 12,000 seats.

The launch of this new route shortens even more the distance between Greece and Italy: thanks to this new connection, all passengers departing from Athens can easily reach the region of Piedmont and discover the wonders of that area, while more and more Italian passengers will be able to reach Athens directly from their hometown.

The announcement of the flights to Turin proves once again the company's commitment to expanding the range of destinations that can be reached from the Greek capital during the summer months, which thus rises to 14 - including the 4 new routes launched this year -: Bilbao (new route 2022), Bordeaux (new route 2022), Lyon, Marseille, Nantes (new route 2022), Strasbourg, Bari, Turin (new route 2022), Venice, Verona, Crete, Mykonos, Santorini and Dubrovnik.

” We are thrilled to announce the launch of this new international route at Athens Airport. - said Valeria Rebasti, Country Manager Italy & Southeastern Europe of Volotea -. With our flights, it will be possible to reach Turin, in the Italian region of Piedmont, a stimulating city with beautiful boulevards, parks, and galleries, and the gateway to the Italian western Alps. Increasing our range of destinations will also allow us to support the relaunch of the tourism sector, which has been suffering a lot in the last few years of pandemic".

In 2022 Volotea will offer a total of 11 million seats, a growth of around 40% compared to 2019, when the carrier put on sale 8 million tickets. The airline expects to transport between 9 and 9,5 million passengers in 2022, 32% more than the ones carried in 2019 when the airline reached its annual record of 7,6 million passengers. Furthermore, in the coming months, Volotea is launching around 45 new routes in Europe, adding 2 new bases to its network (one of which has been recently announced: Lille in France) and operating around 70,000 flights compared to the 40,500 operated in 2021 and the 58,000 operated in 2019.

All Volotea routes are available on the website www.volotea.com and through all travel agencies.